Student Accomplishments in the BE Department 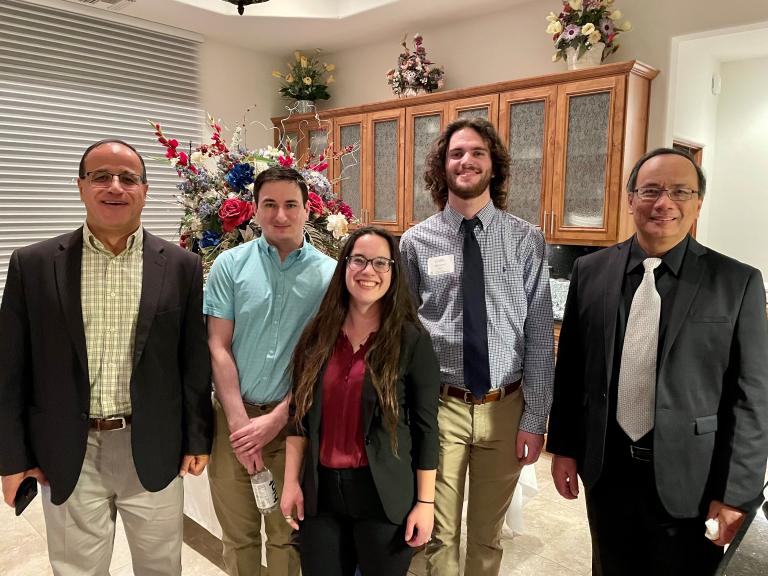 2022. The students were recognized during a College of Engineering Scholarship Reception followed

by a dinner hosted by Dr. Gail Zitterkopf and Dr. Rich Gallagher, daughter and son of the late

Roger Gallagher and trustees of the Gallagher estate. The dinner was also attended by the awardees’

the 2022 Arizona Water Association Research Symposium held on 22 March 2022 in Phoenix. His poster

The Symposium was attended by Faculty and students from Arizona State University, Northern Arizona

University and The University of Arizona as well as by industry and utility leaders from Phoenix,

Edmundo Hernandez and Jake Morden, Jorge’s venture team was one of 17 from the McGuire New

Venture Development Program that participated in the trade show. XTRACT Inc. is a plant/fungi-based

manufacture foods and beverages for the health and wellness market.